A downloadable game for Windows

So, what is this about?

Join Alto and Haruna in their first ever serious adventure!

First ever Altoverse game and an introduction to the Altoverse itself!

About this beta version

The game is in beta. It's playable from start to finish, but sometimes there are bugs and things that doesn't look as good as they should've looked ;)

All art, music, sound and code (if not mentioned otherwise) is by me, amasuri (it's been quite a journey last five years ;) ). So, roughly by 98% it's a solo project! However, my friend YoukaiDrawing helped me with some of the main character art and dungeon entrance CG, and my other friend sat9 helped me with a couple of sounds, so big thanks to them! Testing's also on them :)

A couple of sounds I took under Creative Commons:

Gotta say, I'm very interested in what's beyond the mountains. The siblings really need to be more confident in their interpretations of tablets, and they need to train in melee fighting, Alto's punch especially is... he needs to train. :)

Thank you a lot for the stream! :D

> "Gotta say, I'm very interested in what's beyond the mountains"

Oh hey, I'm really glad that aspect turned out well! I tried my best to set up the intrigue properly, but as the person cursed with knowledge, you never know :)

> "and they need to train in melee fighting, Alto's punch especially is... he needs to train. :) "

Poor magi relied too much on their magic and didn't see the melee coming :D I'll make sure to teach them a few things for the future ;)

Story wise there's a lot to absorb, for me, that helped getting me invested in what's going on. I wish there was more about the human cities, maybe the option to go around and talk to NPCs.

And yeah, the caves, I'm just glad someone brought a gun. :)

Oh yeah, the cave part was awkward ;D You figured it out, the Osenio part was supposed to come somewhat later in the plot, but oh well, doesn't change that much in the end :D Also, lots of notes taken! I'll certainly re-balance the fight, too, among other things! :)

> "Story wise there's a lot to absorb, for me, that helped getting me invested in what's going on."

Oh that's really great to hear! Although looking at the VOD, some dialogues could use a brush up :D But I'm glad that they're interesting :)

> "I wish there was more about the human cities"

Yup, there's A LOT of lore about human cities! :D It gets mentioned here and there in the first game (like, in some books), but the focus of the first game is on Kolldparu and their shenanigans as you can tell :D I'm planning some more bits for the second game though, but can't spoil anything yet ;) (and I need to properly wrap up this one!)

Will you be doing the ending, by the way? Up to the ending everything should work pretty well (unless a second Osenio-like situation somehow happens), but the very-very end lacks a couple of CGs for a stronger punch :)

(Oh btw if you'll be reading books, you can press Q to close them! There's currently a slight bug where it can pause one main plot library dialogue, press Q to fix that :D)

Eh, the texts can always be tweaked, it's not difficult to follow and understand what's being talked about. Hey, it's is a beta.

I am thinking of doing another stream since I do want to see what happens if... a certain machine is... made... operational. Maybe I should just do it today... Hmm...

is the game working ?

Yeah, you can dld and beat it :) There can be a few bugs though

the is game is not working it is not even starting

Could you please tell me exactly what you've been doing and your pc specs and your OS? Do you have double videocards (such as on integrated Intel/discrete Nvidia on some laptops) That might become useful when I debug the issue :)

I know I tested on several windows 10 systems, you should extract the archive and launch the .exe. It can take a few or a dozen of seconds to open the window (I hasn't optimized the launch yet), but it should launch still

Oh yeah now that I think about it, I remember the issue of the game not launching on some laptops with double video cards, Windows loves to select integrated Intel cards and these don't work with anything

If you have Windows 10 and double videocards, you could try looking up the setting, like Settings->Search "graphics"->Click Graphics Settings, there should be an option to manage which videocards which apps use; add Altale in the app list and make it use the discrete (Nvidia/AMD card)

I'll try to think up of a fix how to make Windows use discrete videocard by default :) 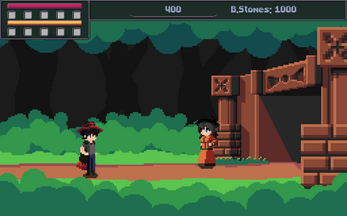 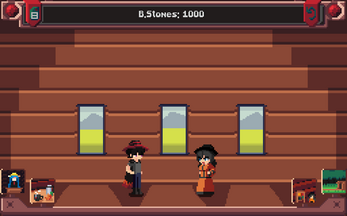 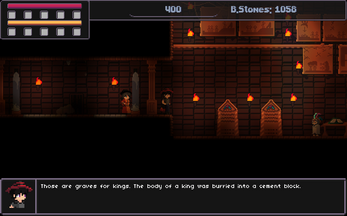 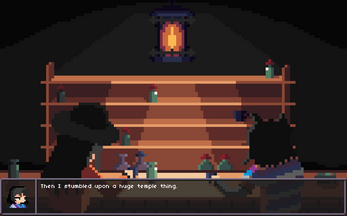 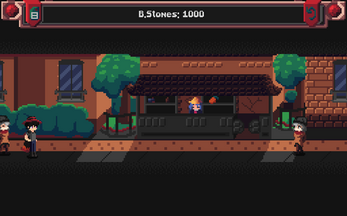 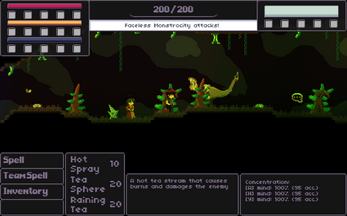 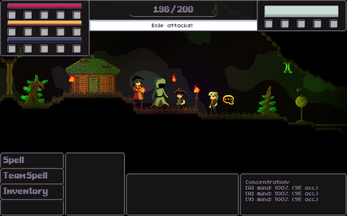 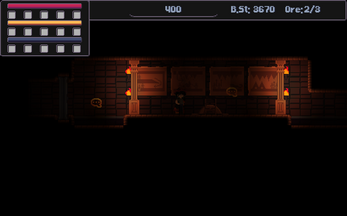